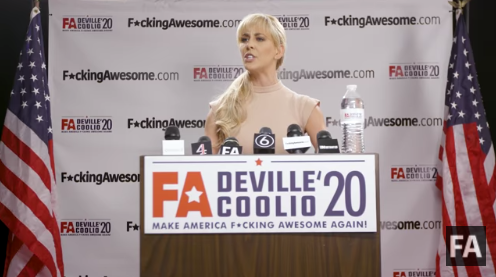 The popular U.S. election news website, 2012 Election News, has officially changed its name. Jillian Curtin, Editor-in-Chief of 2012ElectionNews.com has announced that the website has changed its name and URL to USElectionNews.org, to provide an accurate reflection of its ongoing focus.

“The response has been overwhelming,” said Curtin. “What started out as a simple 2012 election discussion has turned into a national conversation about our personal rights, needs and dreams.”

The name change is effective immediately and the site’s new URL is http://uselectionnews.org. What began as a forum for the U.S. presidential elections in August 2010 has evolved and taken on a life of its own. The site was originally created as a non-partisan informational venue for news about U.S. elections and candidates. The website also provided voters with a forum for the free exchange of ideas on issues of concern.

In less than a year, US Election News has grown from a hub for local, national and global election news to a go to website for information on the economy, the war on drugs, workers unions, employment, government spending, worker safety and natural disasters relateing to our government leaders. The site also addresses immigration, healthcare, terrorist activities, the emerging green energy industry, social issues and international relations as releated to United States and Presidentail elections.

The multi-media site features a wide range of audio, video and written content. The publication informs voters about topics of concern that affects them on a local and national level, along with issues in far reaching locations around the globe. US Election News disseminates information on a non-partisan basis from Republicans, Democrats, Independents and Tea Party members.

US Election News has its headquarters in Cartersville, Georgia. The publication is always seeking qualified journalists to provide news and information for a balanced view on local and global issues. The site recently launched its complimentary Facebook page that can be found at http://www.facebook.com/2012ElectionNews. The Facebook site welcomes visitors and invites them to engage in lively civil discourse and debate on topics both foreign and domestic.

US Election News is dedicated to providing voters with a balanced view of the issues and actions taking place on a daily basis that affects all facets of life in a global community. The site welcomes visitor interaction and communication for a better understanding of government and world events that shape the history of the world each day.

US Election News can be contacted by phone at 202-379-2821 or by email via the convenient online form.